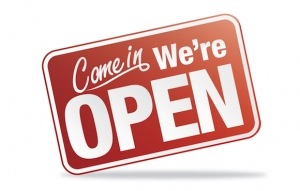 Remember how I said I would relaunch a week after I announced the changes ahead? Well, that was a bad idea! Turns out it was a lot more work than I expected and I was busy with life outside the blog that I just could not make it in time. From the 4 editorial team member I recruited, I lost 3. Their lives outside of blogging also got busier than they expected and they dropped out. Still I have a fabulous new writer on board!

So, what’s different? Let’s take a look based on the plans I listed in the original announcement of changes ahead:

Topics will be the same, but organized differently. Posts will be more content-driven rather than “review-driven”. It doesn’t mean I won’t do reviews anymore, it just means there’ll be more context to those. In the end I rather enjoy those posts the most, so I’d like to focus more on them!

The layout is slighly different and you can see the most recent posts on each category. If you still want to read reviews you will find the most recent towards the bottom of the homepage. They now have star ratings! (My own rating system will still remain!). Stay tuned for a lot of improvements will come to the Product Reviews section (for an example of how all product reviews will be displayed, take a look at this one). It’ll be a true database for all sorts of personal care products! The page I used to have called “Shop” is gone, however; you still have a chance to go to the sites that sell this product (in a lot of cases with affiliate links)

One thing I don’t quite understand is the very few comments I get on posts. I get lots of social media “likes”, and an comment here and there, but not on the blog. The new structure will encourage more participation. It doesn’t mean you have to participate, it just means the site is more conducive to participation. You’ll see

I received a lot of comments (not on the blog of course!) about the reason you don’t comment is because the commenting system I had was incredibly unfriendly. So that’s changed. The new system is way easier. You still need to input a name an e-mail address (the latter is never published, nor sold or anything like that) and then comment!

I won’t be the only one writing. I’m in touch with a couple of people to help me expand on some of the existing topics. Again, encouraging participation and especially to give you access to a vaster pool of knowledge and experience

This was a tough one. I approached a group of people initially and got some interest. The first dropped out soon after. I “advertised” this opportunity on social media which helped. Bottom line is most of you are busy people with a life and not sure about writing weekly. In the end it’s just the two of us as core editorial team, but you can expect some guest posts here and there, which should liven things up a bit

For the time being, I don’t think I’ll be changing the name of the page because 1. I can’t think of another name just yet and 2…. actually that’s it. But as I’m adding an editorial team to the mix, this page will inevitably stop being just my report.

I added a “and friends” tag underneath the newer logo. How incredibly creative, uh? The world of design and brand management will be talking about this for years due to my sheer genius! You probably already noticed the logo is slightly different, somewhat presidential, which I hope you like and the navigation and layout of the blog should be nice and easy for your enjoyment!

My social media presence will be sorted out a bit better because I feel I’m all over the place, but not using everything the best way I can. I have a totally neglected Google+ page because it is kind of a nightmare to post there, and I have had both a Tumblr and an Instagram account for ever, but I never, ever use them. So that’ll be sorted out

For starters, the social media links are much easier to access. You can find them at both at the page header under the logo and on right hand sidebar. What are the main ones? Facebook, Twitter, and Google+. Yes, I’ve revived it! As an RSS feed of sorts, Bloglovin is the medium of choice (highly recommended to organize your favorite blogs!). The others (Pinterest, Tumblr, and Instagram) I will park for a bit until I find a suitable “topic” for those. You can still follow me there as I do use them, especially Pinterest….I looove Pinterest!